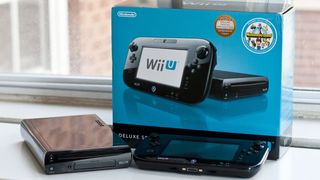 At least one developer not happy

Nintendo's new Wii U gaming console only just launched, and already vocal critics have reared their heads in protestation.

It's something that was bound to happen, especially in the divisive world of video games and with a system as unique as the two-screen Wii U.

One such critic is 4A Games' Oles Shishkovtsov, who reportedly said this week that the "Wii U has a horrible, slow CPU."

And he would know - 4A's upcoming horror shooter game, Metro: Last Light, was until recently expected to be released on Nintendo's new console.

Another 4A Games developer, Huw Beynon, reportedly admitted that the studio's "early look" at the Wii U had the developers thinking that it would be possible to release Metro: Last Light on Nintendo's Wii U in addition to Microsoft's Xbox 360, Sony's PS3 and PC.

But upon closer inspection, according to Beynon, it became evident that they'd have to cut corners and lower the game's quality to get it to work because of the "slow" Wii U CPU.

As a result, the Wii U version of Metro: Last Light has been shelved indefinitely, with 4A Games reportedly unable to promise anything regarding the game's release.

How powerful is the Wii U?

It would have been impossible to release these games on the Wii, Nintendo's previous console, due to its inferior power.

Nintendo has kept a lid on Wii U hardware specifics, though iFixit found an IBM PowerPC chip and AMD Radeon HD GPU when they tore the console down this week.

Despite the Wii U's missing video apps, the console's excellent ports of such high-profile titles may already have the public convinced of its prowess.

But it seems game developers may ultimately prove more difficult to sway.