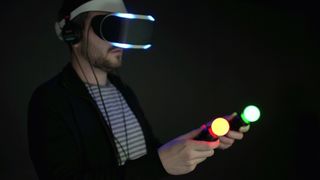 Will we see plenty of Project Morpheus at E3?

Sony's big plans for the E3 2014 video game extravaganza next month may have just been revealed.

A source spilled the beans to the PlayStation blog DualShockers detailing Sony's supposed E3 plans. The leak is essentially a laundry list of games, but there are a few hardware-related items, including something for Project Morpheus. The head-mounted VR display unit made its debut at GDC 2014 with a scant number of tech demos in tow.

According to the leak, Media Molecule's game will be "a landmark title for Morpheus." Without context, it's said to contain "3D world building, beautiful, quirky visuals" and be "[e]xtremely creative and fun." It may be be released in late 2015, perhaps giving us a hint at Project Morpheus' release date itself.

Sony software to take another bow

Along with giving Project Morpheus its first major title, the source claims the Sony Entertainment Network and PlayStation Now will also get some stage time. The latter made a brief appearance at CES in January but has otherwise stayed quiet in beta.

At E3, we could finally hear a firm date for when PlayStation Now will to roll out.

Price drops are also said to be on tap for the PS3 and PS Vita at E3, though details about these are scarce. The show is said to be a decidedly PS4 affair, unsurprisingly.

As for games, the source reports we could see new sequels for all of PlayStation's classic franchises including Syphon Filter, Heavenly Sword, Wipeout, God of War, and Uncharted. Sony London is also said to be plotting a new AAA title out, while Guerrilla Games will finally debut something other than a new Killzone game with its latest RPG.

The source claims the information comes from contacts within Sony's worldwide studios as well as the New York marketing firm that promotes the PlayStation brand. Still, though there's nothing too fantastically imagined like a Parappa sequel, it's best to take this leak with a few grains of salt.

We'll find out if these rumors are true soon enough when Sony holds its E3 press conference next month. Be sure to stay tuned to this space as TechRadar will be reporting live from the show.