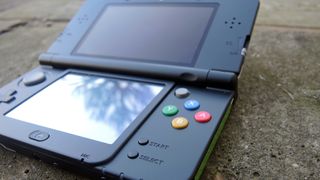 New details have emerged concerning the forthcoming Nintendo NX's controller and it looks like big changes are on the way for the new console.

The first rumored change is with its D-pad, which will reportedly now be a split D-pad (like those used by Sony on all four PlayStations) rather than the traditional solid D-pad that Nintendo has been using since the original Nintendo Entertainment System released in 1985.

For years this original design was exclusive to Nintendo, forcing competitors such as Sony to introduce the split D-pad design. However now that Nintendo's D-pad patent has expired, others, such as Microsoft with the Xbox One, have now been free to imitate the design.

A share button has been present on the PS4 since its launch, but Nintendo has historically been much more protective of footage of its games being shared online.

In 2013, Nintendo attempted to shut down a Super Smash Bros tournament at Evo 2013 which would have been streamed online, and until last year would take 100% of the revenue generated by the streaming of Nintendo games on YouTube.

However, even when Nintendo attempted to amend its policy on Let's Plays, it still ended up with guidelines that were far more restrictive than those other publishers allow under fair-use.

The presence of a share button on the NX would appear to indicate that Nintendo is about to embrace the world of streaming in a way that it hasn't done previously.

The news of a split D-pad and share button follows the less surprising news last week that the console's controllers would feature force feedback and motion sensing.

From the descriptions circulating online, it appears as though these controllers will offer similar functionality to the company's existing WiiMotes, which reports indicate the new controllers will gradually replace over time.

From the rumors we've continued to hear about the NX, it sounds like the console is shaping up to be an interesting mix of Nintendo's traditional strengths and current game trends.