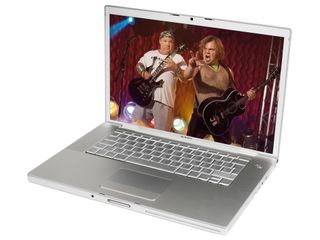 As expected, Apple’s first-quarter financial results announced yesterday showed just how well the company is doing, thanks largely to a huge uptick in Mac sales, but there was also a hint that the iPod boom may be near its end.

The Mac sales represent a whopping 51 per cent increase on the same period last year, but the iPod numbers are up just 1 per cent, suggesting that almost everyone who wants an iPod may already have one.

However, iPod profits that increased by 8 per cent due to the introduction of the more-expensive iPod touch cushioned the blow somewhat.

As usual, Steve Jobs hinted at coming attractions, “With over $17 billion in revenue for the first half of our fiscal year, we have strong momentum to launch some terrific new products in the coming quarters.”

Whether or not that means a new iPhone model wasn’t up for discussion at the press conference after the announcement, but with 1.7 million of the current model sold in the quarter, Apple was always going to be tight-lipped on that front.

If all those zeroes have whetted your appetite for more on the Apple cash cow, you’ll be glad to know the entire announcement and Q&A session is available to listen to online right here.