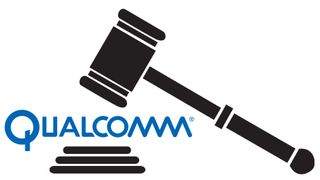 The chip war is about to get a bit tastier. Broadcom, having been rebuffed once in its takeover bid for Qualcomm, is set for a second bite.

According to a report from Reuters, Broadcom has been having talks with several of Qualcomm’s major shareholders and is looking to offer more of its own stock in an effort to get its bid accepted.

On November 6, Broadcom bid $130 billion for its chipmaker rival, a  proposal that was part-cash and part-stock, based on an offer of $70 per share, representing a premium above 25%.

There is no indication of when the bid will come but, according to Reuters, Broadcom is already cranking up the pressure behind the scenes, not only by offering more to shareholders but by threatening to replace its board of directors.

Industry sources also indicate that Broadcom is trying to thwart Qualcomm’s purchase of NXP, which, Reuters claimed, had been approved by antitrust regulators.

All the indications are that the takeover battle is going to be a fierce one. Broadcom has its own slate of directors prepared and, according to Reuters, Qualcomm shareholders who want to dissent from their own board’s decision and engage in talks with Broadcom will be able to vote for that slate at a shareholders’ meeting on March 6.