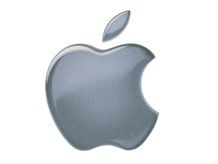 Apple was against a rise on online music royalties

The federal Copyright Royalty Board has decided to freeze the royalties given to musicians.

This is good news for online music stores but bad news for the music makers themselves.

It was mooted that royalties for online music sales would go up 66 per cent to 15 cents, which is around 8 pence.

One of the companies opposed to this idea was Apple, whose iTunes Store has a fair chunk of the online music market.

In fact it was so against the price hike that it threatened to close down iTunes altogether if the rise went ahead. It hasn't, so the store stays open.

The pay freeze means that royalties will stay at 9 cents (5 pence) for the next five years. A spokesperson for Apple had this to say about the decision: "We're pleased with the CRB's decision to keep royalty rates stable."

Jonathan Potter, the digital association's executive director, felt that keeping the rates stable was a good idea: "Keeping rates where they are will help digital services and retailers continue to innovate and grow for the next several years."

Other companies who were against the rates hike were Amazon.com and Best Buy.