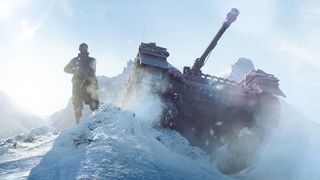 Battlefield V players on PC are in for a treat, with a new update coming soon that will make it look and run better than ever before.

The update, which is due to drop tomorrow, February 12, will add Nvidia DLSS support. DLSS stands for Deep Learning Supersampling, and is one of Nvidia’s flagship features for its latest RTX 2000-series graphics cards, such as the RTX 2080 Ti.

It’s quite complicated tech, but it has the potential to bring even greater graphical fidelity to PC games – including Battlefield V. It uses super-sampling to render images in higher resolutions than your display can show, which helps deliver cleaner images, without being as resource-intensive as traditional anti-aliasing.

For a more in-depth explanation of DLSS, check out Nvidia’s blog post on the tech behind its Turing graphics cards.

The patch will also bring performance improvements for DXR ray tracing, which again should make the game run and look better on PC with compatible hardware.

While those two features are only for PC gamers (with compatible hardware), PC and console players will also get a four-player co-op mode that allows them to team up with three other friends.